Four Slovaks on motorbikes will cross 9 times zones – from Bratislava up to the end of Russia!

Imagine four men in their forties. Each of them with huge amount of motorbike experience and looking for a life challenge. What about 20 000 km, 9 time zones in two continents and 45 days spent on beloved motorbikes? This is the story #travelingwithbike. From Bratislava to the end of Russia, to Magadan! How did this story happen? Watch with us the journey of these fools on motorbikes 🙂

Milan, Martin, Patrik and Jozef are leaving on 30th June. How will four men deal with being together for two months? How long does it take to prepare such a trip? How many kilometers do they have to do per day and where will they sleep? We spoke to Milan Dzilský who is the logistics director of the whole trip.

Where exactly are you going and what is the goal of your journey?

We are going through Russia to Magadan. We want to cross Kolyma Highway, called Road of Bones and its summer part – Old Summer Road. We will cross Ural which divides Russia into European and Asian parts. We definitely want to see cities on our way (Volgograd, Samara, Tumen and others) as well as lake Baikal. It is a life challenge for all of us.

How did this idea come into being?

Ideas come and go. This one remained. I looked on the map one day and I found this administratively “easy” (basically the easiest) and at the same time the longest route in one country. We don’t have to use ferries, we only have to cross two borders and we need visas only in Russia. It didn’t seem to be a tough nut to crack…

Why on motorbikes? Are you all such fanatical?

I would not call us fanatical bikers. We traveled a lot already but we still have a lot to come. Me, personally, have been driving a motorbike for a relatively short time. I got my driving license after I turned 30. But… I fell in love with it. You are more connected with people and country. If we want it or not, there is bigger barrier to people and surroundings in the car than on the bike. On the motorbike we become a greater part of what is around us. Motorbikes connect us more with people. People come and ask us: Where are we going, what is this bike, etc. So I would say that it is more about passion than fanaticism.

How long do you want to stay on the road? When do you leave and when do you come back?

The plan is to be on the road for 6 weeks. We leave on the 30th of June and plan to come back on 15th of August -so keep your fingers crossed. 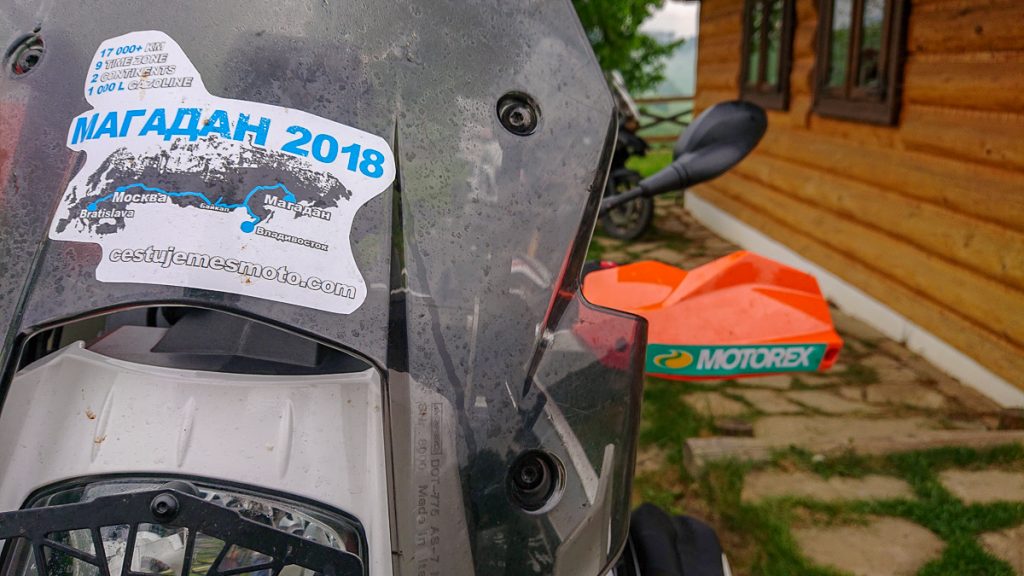 You travel on motorbikes. What about accommodations? Will you take sleeping bags or will you sleep comfortably in hotels?

We want to combine it. Sleeping bags with little hotels and motels. We want to experience a lot and meet many people. Although once in a while it is good to sleep in quality bed and have a shower. We do not have exact plan about this. We will leave it to the journey and weather.

How long have you been planning this trip?

I, personally, have been planning for a long time- more than two years. I was looking for several options for the route and information about the cities we will go through. And I searched for the most effective way back. And to find the right guys to go with. Definitely it is not just a passionate impulse.

What bureaucracy did you have to deal with?

We haven’t had any serious bureaucratic problems so far. The only one I have to deal with is the incapability of sending the bikes back in containers. We will bring them to Russia (we travel by motorbikes) but the rules say that the motorbikes must leave the country the same way they entered. They just don’t want to let us to send them back. According to the latest plan we will use Trans-Siberian Railway all the way to Moscow and from there we will drive home. Life is change… 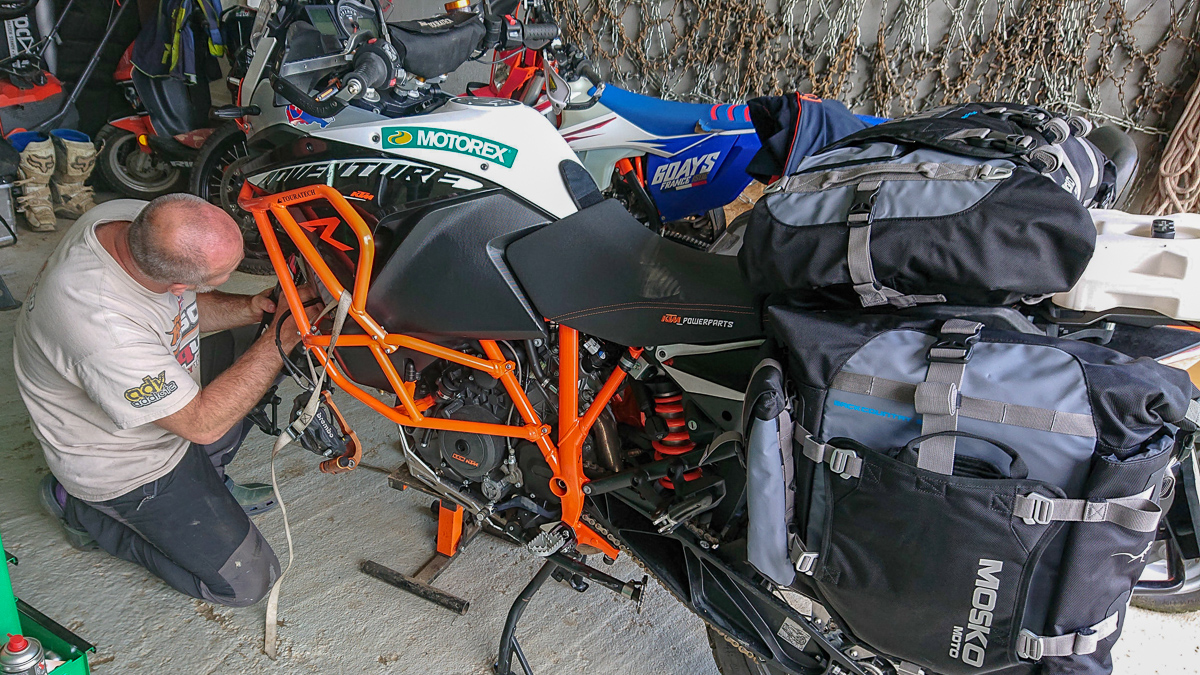 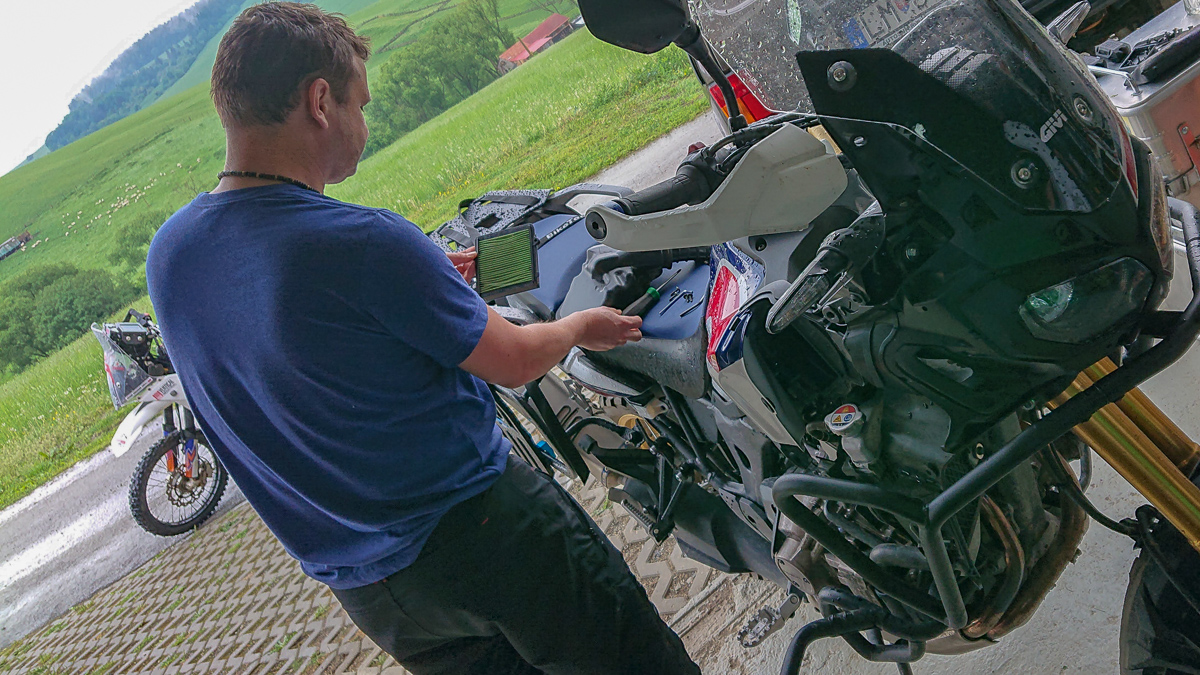 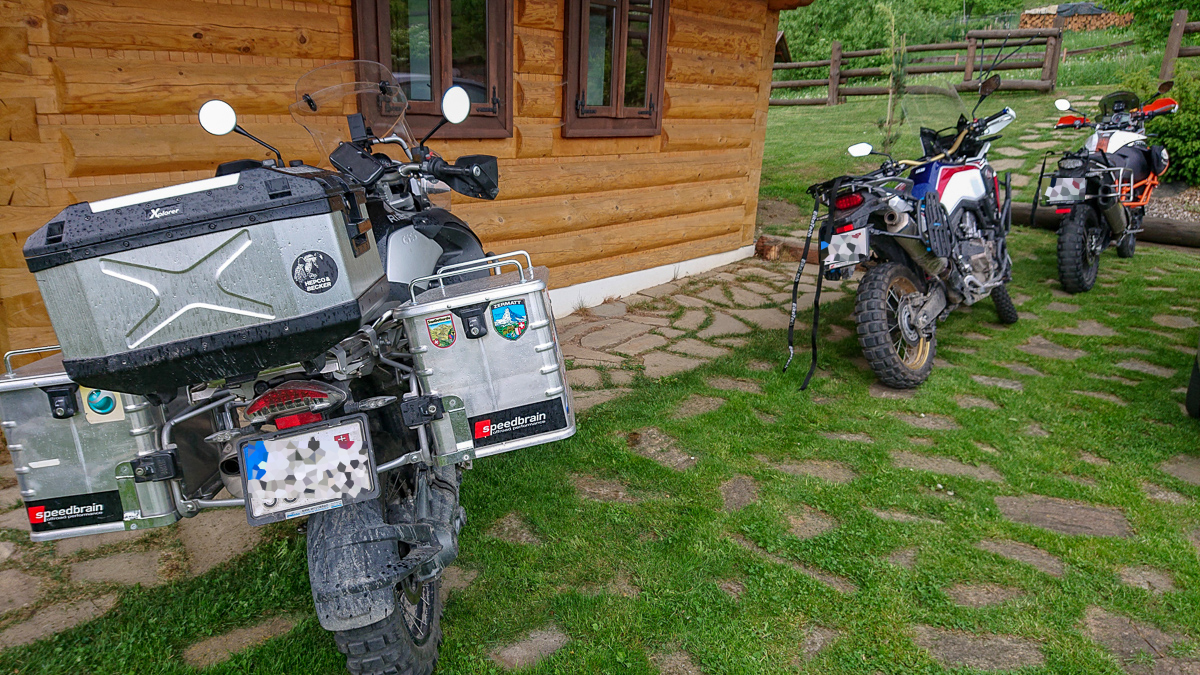 What will be the best and the worst on the whole trip? What do you think?

The best and the worst? I will tell you the best after the trip. I do not like to speculate about these things. Separation from family will definitely be the worst.

None of you are the age to do such bloomers very often – how do your families feel about it?

It is different for each of us. There are different issues with each team member. One has it easier, another more difficult. But we are going to do it together and I believe we will enjoy our families to the max when we are back.

Do you do any preparations for the trip? Do you have physical or ‚psychological‘ preparation?

It is individual. I have been exercising for six months already. It helped me a lot after several years of not doing sports. I didn’t want to go in ‚soft‘ condition. I believe that exercise and physical preparation will help me to manage the average of 450 kilometers we have to do per day.

How difficult is it to harmonize the life of four people with the goal to get them on the bikes to the other side of the Earth?

You cannot really harmonize that. It is mostly about the coincidence. I came to ask Marty for advice and after we spoke he asked if he could join the trip. It’s like the fairytale “How the Egg wandered”, people join one by one. The only thing we discussed at the beginning with Marty was that if more people wanted to go, the maximum would be four. Less is sometimes more. We are four for this trip.

What about your jobs? Do you take holidays or…?

In my case it is a lot of days of holidays.

Do you have any divided duties during the journey? Who does take care of what?

That came automatically because everyone has talent for different things. I deal with journey planning, routes, information, visa, flight tickets, and transportation of the bikes. Marty and Heugi deal with technology and motorbikes. Paťo deals with IT. We would like to do a documentary – let’s see if we can do it…

Aren’t you afraid to get on each other’s nerves? You are four men with your own lifestyle and you will be together 24/7 for two months…?

It is not 24 hours, only 16 or 18, the rest we sleep. We are adults, I believe we know what we are going into. I do not say that it’s always going to be ideal but in the end the whole trip will be the what we make of it.

We keep our fingers crossed!

He connected with motorbiking quite late – after he turned 30. He says it was fast and intense. Traveling with motorbike means to be in his own world where he concentrates on the route, nature and he just relaxes. He has a lot of respect for what a motorbike can do and he learns step by step how to fix some things on his bike. He enjoys traveling with only an approximate plan of the route and the most important thing to know is the date he returns home. He likes random encounters during the journey (people, places, things) and doesn’t refuse spontaneous changes. 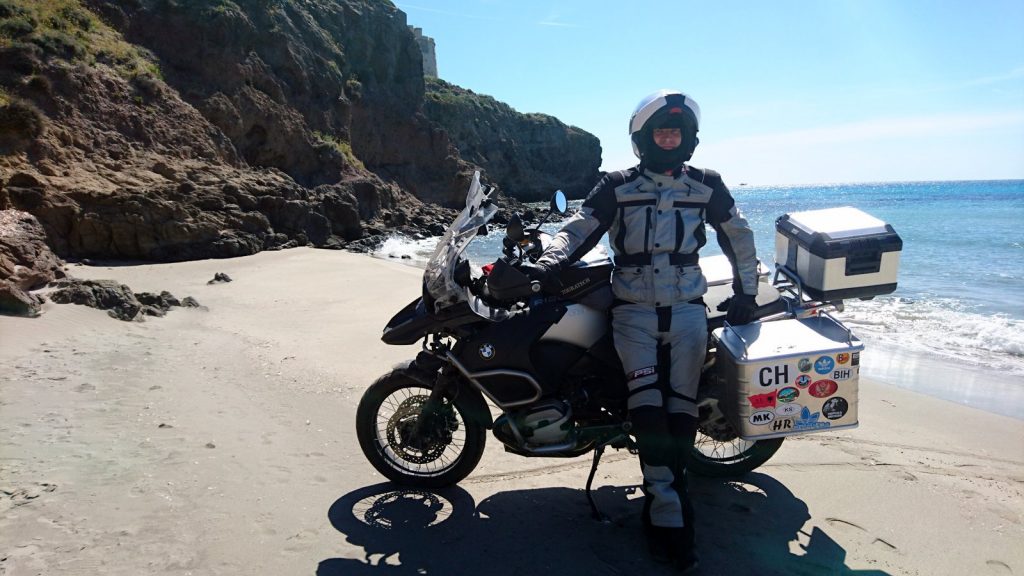 He loved motorbikes since he was little boy, later he added traveling. He had his first bike at 16 years old (JAWA 50 Pionier) and later had more and more. He says he cannot live without motorbike. He has never traveled with traveling agency, it was always only about flight tickets and planning. Motorbike gives him a completely new dimension – freedom in time, space and feelings. Getting to know new countries on two-wheel courser is something that fulfills him, makes him to think and charges his energy. He takes part in competition and his rule is “You get back only what you give from yourself”. 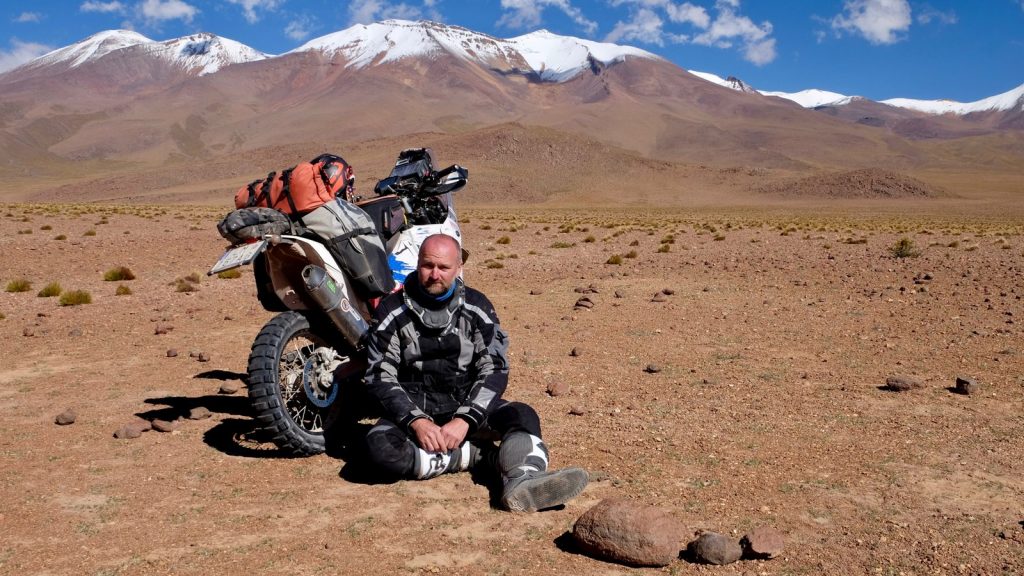 He considers himself to be part of the generation of ‚Husak’s Children‘. Maps are his loyal friend. In childhood he enjoyed knowledge competitions and he knew all capitals by memory. When he was 14, he and his friend welded their first double-bike and that was the moment he fell in love with motorbikes. As a typical biker he kept his secret in the garage for six months before he told his wife. He loves aimless wandering on his bike. He likes to watch Discovery channel and as a result of the program “On bike around the world” he got his goal – to do the same at least once. A guy from Vysoká pri Morave is facing his biggest life challenge – travel the whole of Russia on Honda Africa Twin. 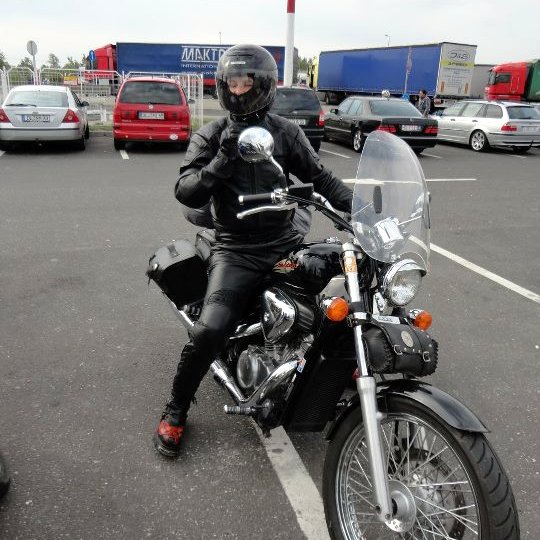 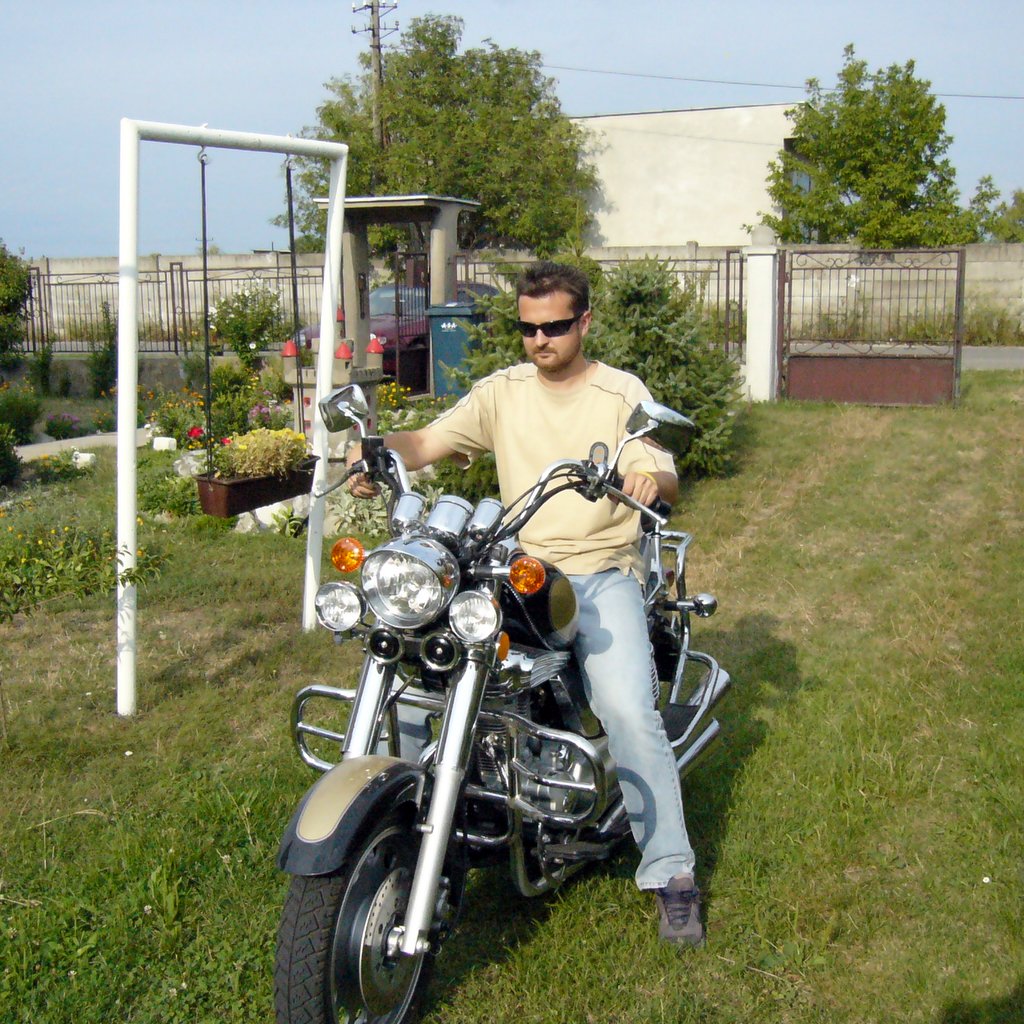 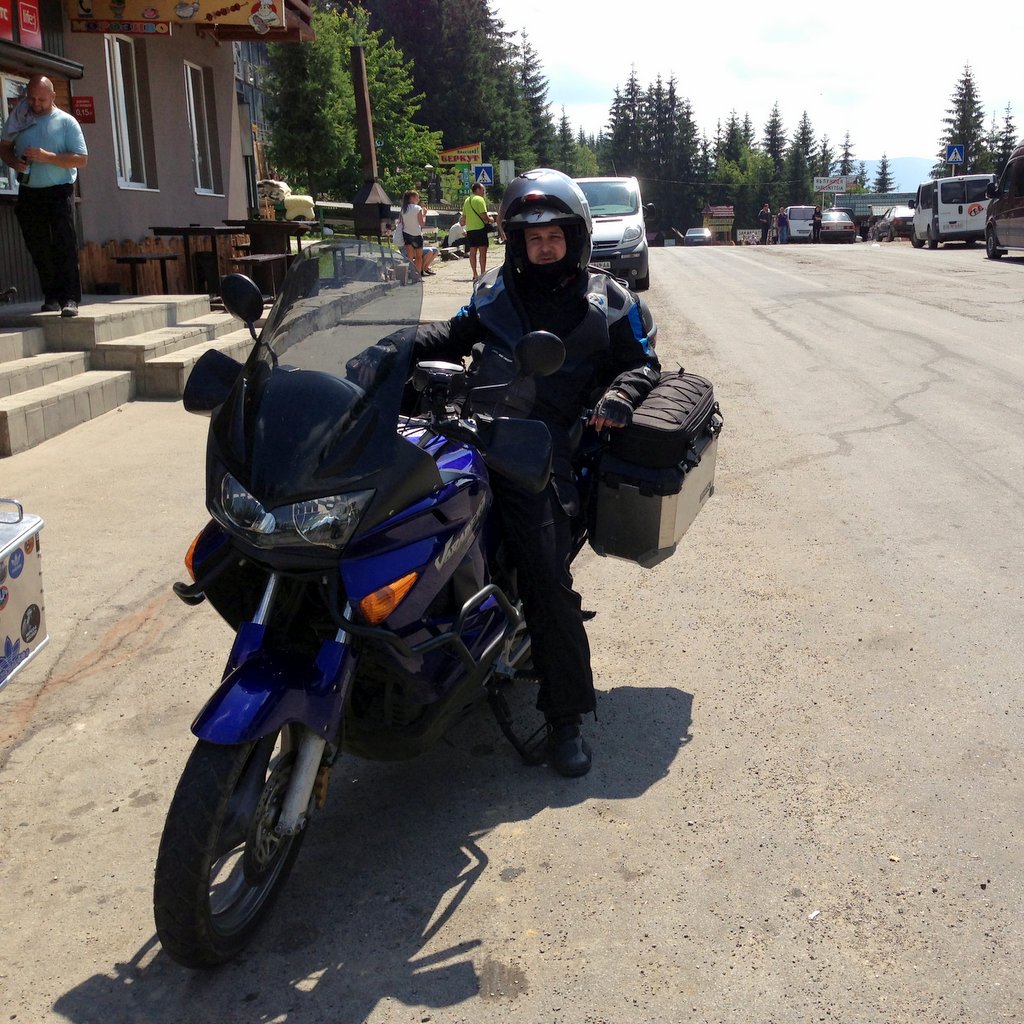 Marty doesn’t want to tell us anything about himself. But if he does we will put it here. So at least one picture for now: 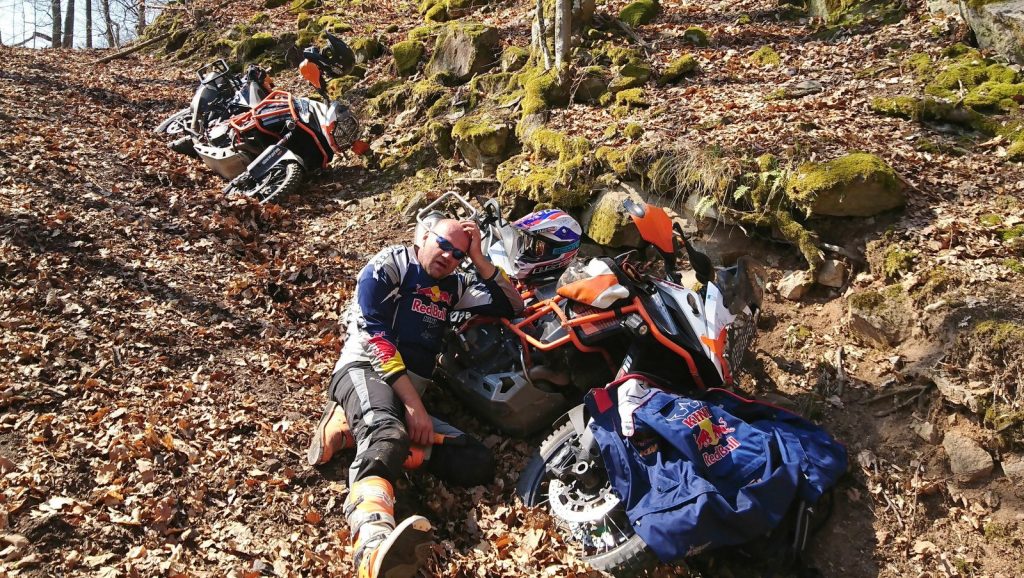